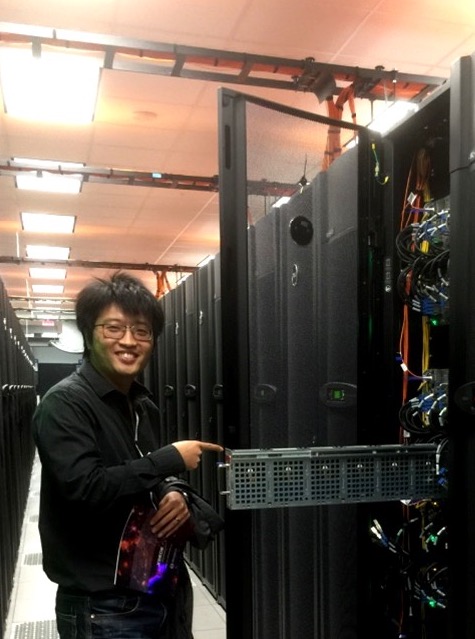 From Aug 2009 to Feb 2010, he was a visiting scholar at the Computer Engineering Group, Department of Electrical and Computer Engineering, University of Toronto, Canada, in close research collaboration with Prof. Baochun Li (IEEE Fellow). Since 2010, he has also collaborated with the ChinaCache Content Delivery Network Research Institute in Tsinghua University, Beijing.

[Call for Papers] He is serving as the Program Co-Chair for The 11th International Conference on Collaborative Computing: Networking, Applications and Worksharing (CollaborateCom 2015) (newly promoted to CCF C class conference), Wuhan, China, Nov. 9-12 2015.

[Call for Papers] He has served as the Program Chair for The 9th International Conference on Green, Pervasive and Cloud Computing (GPC 2014), to be held in Wuhan, China, May 2014.

[Call for Papers] He is now serving as a Guest Editor for IEEE Systems Journal (SCI-Indexed, Impact Factor: 1.27, A class) Special Issue on Green Pervasive and Ubiquitous Systems.

[Call for Papers] He has served as a Guest Editor for IEEE Network Magazine (Impact Factor: 3.72) Special Issue on Cloud and Data Center Performance (see our Guest Editorial).

[Call for Papers] He is now serving as a Guest Editor for Tsinghua Science and Technology (清华大学学报自然科学版(英文版)Special Issue on Cloud Computing.

[Call for Papers] He is now serving as a Guest Editor for International Journal of Distributed Sensor Networks (SCI-Indexed) Special Issue on Smart Sensing and Mobile Computing.

[News] He is invited to attend ACM中国会议委员会成立大会既未来群智网络研讨会, Tsinghua University, Jan. 2014.

[News] He is invited to be one of the 1st board of Youth Associate Editors for Frontiers of Computer Science(SCIE indexed, FCS期刊首届青年编委).

[News] In 2014, he is invited to be the 第一届全国高校云计算应用创新大赛专家委员会委员，由教育部科技发展中心主办、由东南大学计算机科学与工程学院承办、ACM南京分会协办，是面向全国高校开展的云计算竞赛活动.

[News] In 2014, he is invited to be the 首届全国高校物联网应用创新大赛评委，教育部科技发展中心主管、互联网应用创新开放平台联盟主办、清华大学软件学院、清华信息科学与技术国家实验室、物联网技术中心、ACM中国理事会（ACM-China）联合承办.

[News] In 2013, he is invited by the University of Hong Kong (HKU) to serve as the external examiner of PhD defense communittee in Faculty of Engineering.

[News] In Aug-Oct 2013, he is invited as a Visiting Professor of Simon Fraser Universiy, Canada.

[News] Since June 2012, he is invited as a Visiting Professor of Hong Kong University of Science and Technology.

[News] In 2012, he is selected to the MSRA StarTrack Visiting Young Faculty Program (微软亚洲研究院“铸星计划”) to closely collaborate with senior researchers in Microsoft Research Asia (MSRA), Beijing.

[News] In March 2013, he is invited to visit Nanyang Technological University, Singapore.

[News] In June 2013, he is invited to visit City University of Hong Kong.